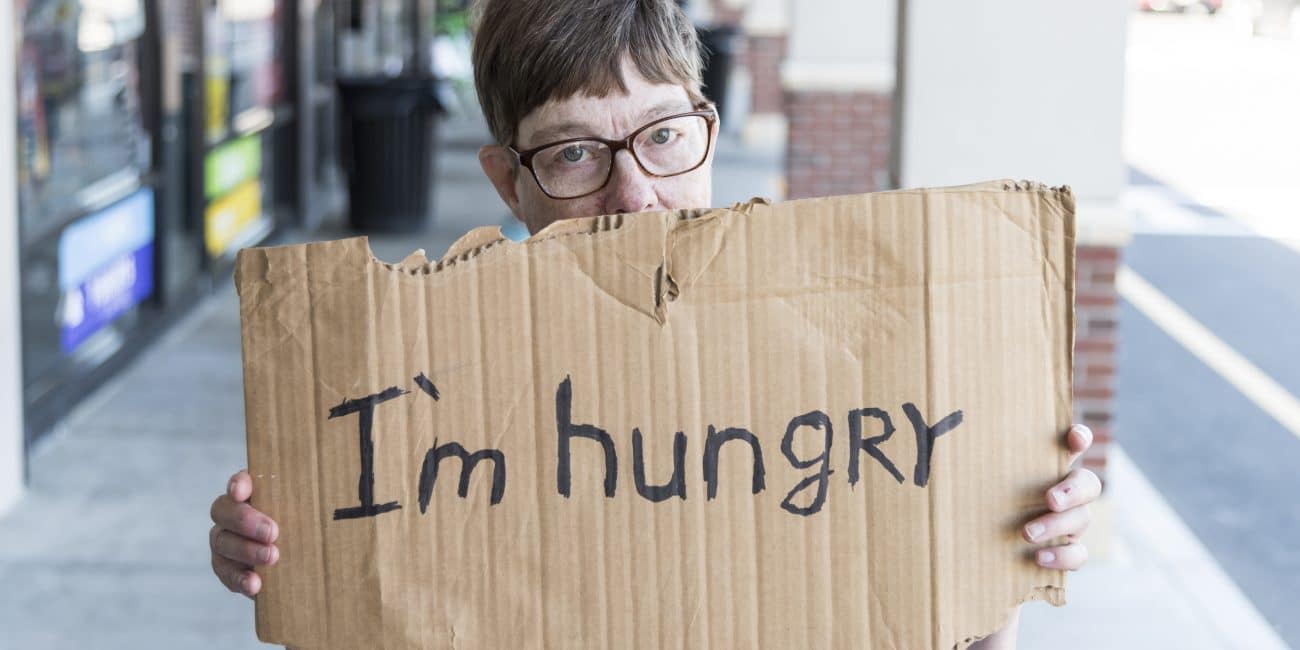 
The Bay State’s unemployment rate may be at a 15-year low, but not having enough food on the table is a big problem, according to a Project Bread study.

One in seven Greater Boston families suffer from food insecurity, the term used to describe being without reliable access to enough affordable, nutritious food.

The reasons? Massachusetts has among the highest housing and child care costs in the country. For many North Shore families who spend 50 percent or more of their income on housing, buying food takes a back seat, researchers said.

In Essex County, a family of four spends an average $1,414 on housing and $2,034 on child care, according to the Economic Policy Institute. But when transportation, food, health care and other expenses are added in, the total is nearly $8,700. That’s $104,293 annually in a region where the median income is $70,286.

Housing prices is one of the major reasons people go hungry, according to Dianne Kuzia Hills, executive director of My Brother’s Table, which calls itself the North Shore’s largest soup kitchen. The nonprofit served more than 186,000 free lunches and dinners last year.

Because housing costs are so high, it’s not surprising people are going without or asking for help, she said.

While 13 percent of homeowners in Greater Boston spend more than half of their income on housing, according to the U.S. Census Bureau, in Lynn that number is 17 percent.

The median price for a single-family home in Lynn swelled to $335,000 this year, according to Zillow. That’s up nearly 12 percent from a year ago. The online real estate company predicts home prices in the city will rise nearly 9 percent next year.

Renting is not much cheaper.

The cost of leasing an apartment in southern Essex County continues to rise, fueled by demand from tenants seeking refuge from even higher prices in Boston, according to CoStar Group Inc. Average North Shore rents rose to $1,743 in the first quarter of 2018, up from $1,672 for the same period last year, a 4.2 percent increase.

While Lynn still offers less expensive housing than any Boston neighborhood, or Somerville, Everett and Chelsea, high rents have forced families out or caused them to consider food stamps and other government programs, say nonprofit executives.

“When you have people with a limited income spending a large percentage on housing, that leaves very little left for food,” said Hills.

Alex Freedman, former director of the Lynn Food and Fitness Alliance, an initiative of the city’s Public Health Department, said shame and embarrassment keeps hunger hidden. As a result, people who qualify for assistance are reluctant to seek help.

“There are lots of value judgments placed on anyone who seeks government help,” he said. “People assume public benefit recipients are there because of choices they’ve made, or they’re lazy and unwilling to work. But those notions are not based in reality.”

Lynn Public Schools is awaiting a decision from the state on whether every child will receive a free breakfast and lunch. The School Committee recently approved a measure for the city’s schools to join a program that eliminates the need for individual applications for free and reduced price meals.

“Kids who don’t get enough food have a hard time learning and are more likely to be behavioral problems,” she said.

She learned about food insecurity during her medical training at the Boston Medical Center, where patients were screened for hunger. Physicians wanted to know if in the past year the patient worried their family would not have enough to buy food and a second question asks if they have they run out of money to buy food.

“A yes answer to either means that family is at-risk,” Quinn said. “We found 67 percent of patients were food insecure, it surprised us. It’s a significant problem.”

When she began her practice in Lynn, Quinn wanted to insert the two food-related questions in the screening questionnaire. But doctors told her the clinic needed to do something if patients answered yes.

“If we are going to ask people when they come to their doctor’s appointment whether they can access food, we darn well better have something we can do for them,” Quinn said.

As a result, the clinic built relationships with local food pantries and soup kitchens. Staff arranged to have a mobile market that delivers fresh vegetables to needy clients and worked with Project Bread, the Boston nonprofit whose mission is to end hunger, to have an outreach worker at the clinic to help fill eligible patients complete food stamp applications.

“If my patients are worried about where their next meal is coming, my talking about their taking their diabetes medicine or getting a vaccine is not tops on their to-do list,” she said.

Colleges are not immune to the problem. Nearly 70 percent of North Shore Community College (NSCC) students are struggling with food and/or housing insecurity, according to 2017 study.

More than a third of students surveyed said they sometimes go without food, and 20 percent said they do not have permanent homes, higher ratings than seen nationally.

“We were quite shocked by these findings and immediately began investigating potential solutions,” said President Patricia Gentile. “Students can’t study or achieve academic success if they are hungry or homeless.”