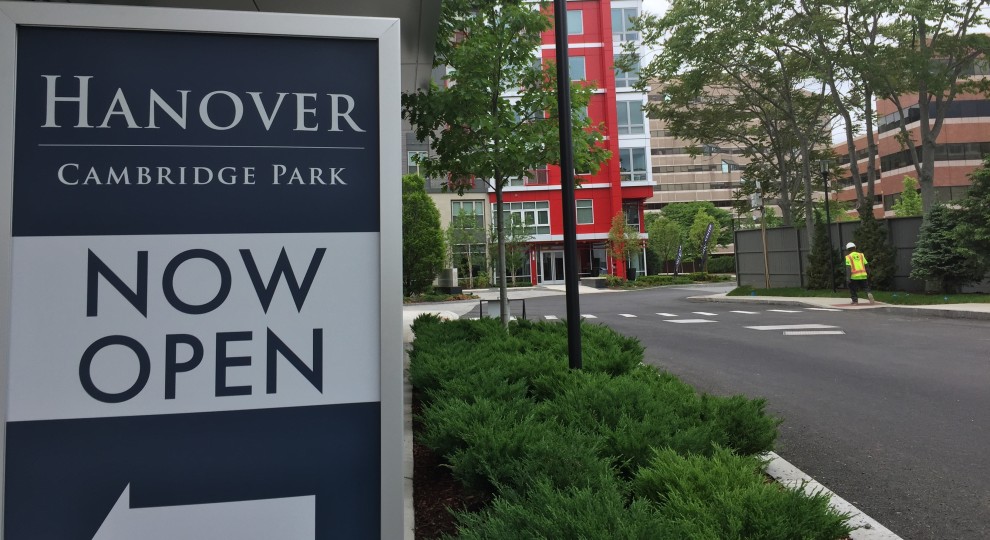 
At the top of a dark, narrow staircase, the door to Andrew Criscione’s second-floor apartment opens into a sparsely furnished living area he shares with two room-mates. There’s a view of the new casino being built in Everett and a flood of natural light in the kitchen, but the most appealing feature is the rent: $900 a month. Here in Boston’s pricey Charlestown neighborhood, it’s a steal.

“A one-bedroom apartment in Charlestown is about $3,000 dollars a month,” said Criscione. “I didn’t even consider a one bedroom for myself, I knew I’d be priced out. I could afford a one bedroom in Lowell or New Hampshire.”

Criscione lived for years in Salem, New Hampshire, and spent two-and-a-half hours a day in the car. He doesn’t want to commute but, at age 29, would like his own place. He’s considering moving to another city.

“You know Chicago, Philly, they’re all ridiculously cheaper than Boston, 50% cheaper for a one bedroom,” said Criscione.

There’s evidence a lot of people may be looking beyond Boston for a more affordable life.

“We have actually been losing population to other states and the only way we’ve been able to keep jobs filled in recent years is from foreign immigration,” said Clark Zeigler, executive director of the Massachusetts Housing Partnership.

He said the problem is a housing shortage - and that it’s a threat to the booming economy.

Although housing construction is also booming.

This summer alone more than two thousand new apartments will become available in and around Boston. That’s on top of more than 22-thousand apartment units built in the last three years.

“Housing production has bounced back since the recession, but it’s about half what is was in the 60s, 70’s and 80’s,” he said. “Population has grown, jobs have grown. Based on vacancy rates – which is how you measure the balance between supply and demand – we’re about 40,000 units short today of a sort of healthy balanced housing market.”

Most of the new apartments are being built in urban areas like Boston, Cambridge, Quincy and Chelsea. Housing advocates have long argued suburbs need to encourage denser development. Governor Baker has filed legislation that would make is easier for city councils and town meetings to overturn zoning laws and allow for more multi-family housing.

“Clearly, development of more housing in the region is a part of the solution,” said Geoff Beckwith, executive director of the Massachusetts Municipal Association.

The MMA backs the Governor’s legislation, but Beckwith said if suburbs become more populous, they’re going to need more help from the state to fund increased demand on everything from schools to roads.

“There’s a lot of emphasis on sustainable development,” said Beckwith. “So that the overall community itself remains a place where residents have a positive experience and they want to be there.”

With land at a premium, almost all the new apartment buildings built near Boston are high-end with amenities like pools, roof-decks and concierge services. A $2500-a month- studio may be out of reach for many renters, but there’s an expectation that increased supply will ease what’s been a steady hike in rents.

“Our prediction is that over the next five years or so you’re only going to see an average of one to two percent increase in rents,” said Mark Hickey, an economist with the real estate data firm, CoStar, “which is a slow-down from a couple of years ago when you saw an average of five percent a year.”

Hickey said there’s another factor that could also lower rents: a shift in demographics. Members of the baby boom generation, who make up almost half the workforce, are beginning to retire.

“As baby boomers retire in a couple of years, they’ll no longer be replaced one for one by millennials and that’s going to put a damper on job growth, which will hit apartment rents on the other side, the demand side,” said Hickey.

In the meantime, Andrew Criscione, plans to apply for one of the limited number of apartments set aside for moderate income renters, so called workforce housing.

“You can win the cash lottery or the housing lottery and stay in Boston,” said Criscione, “but other than that it’s tough.”

The odds of finding a place to live another city, he says, seem higher.